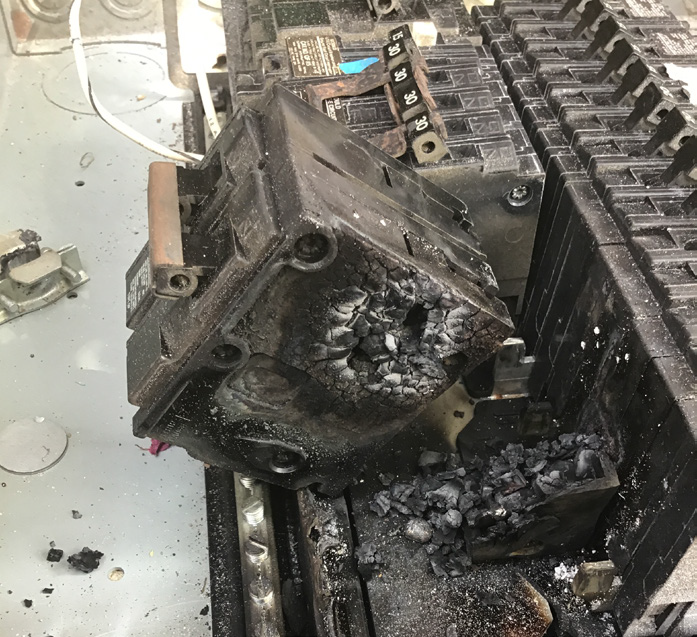 Unfortunately, this breaker failure happens every year in homes equipped with Federal Pacific Electric (FPE) Stab-Lok panels. Despite this information and the number of electricians and home inspectors who warn against this equipment, FPE Stab-Lok panels were never officially recalled.

Do you have an old, unsafe circuit breaker panel? Click below to learn more about our electrical panel upgrade services.

Millions of homes were built with FPE Stab-Lok panels between 1950 and 1990. If your home was constructed during this time frame, then it may contain a Federal Pacific Electrical panel labeled Stab-Lok.

Usually, Federal Pacific or FPE will be written on the box’s front cover. Inside the box, look for a label that says, Stab-Lok. The breakers will have a red stripe cross each switch.

The Consumer Product Safety Commission (CPSC) began an investigation in the early 1980s and hired electrical experts to test FPE Stab-Lok breakers installed in homes from 1960 to 1985, which did not fully comply with Underwriters Laboratories, Inc. requirements. Fifty-one percent of the tested breakers failed to trip.

Even though the CPSC investigation closed, one member of the testing team, Jesse Aronstein, continues to speak out about the dangers of FPE Stab-Lok panels. An electrical engineer with a doctorate in materials science, Aronstein cowrote a peer-reviewed paper to illustrate the fire damage that those types of Federal Pacific Electrical panels cause. Based on information collected from fire reports, Aronstein and coauthor, Richard Lowry, estimate that FPE Stab-Lok panel failures result in as many as 2,800 fires, 13 deaths, and $40 million in property damage annually. 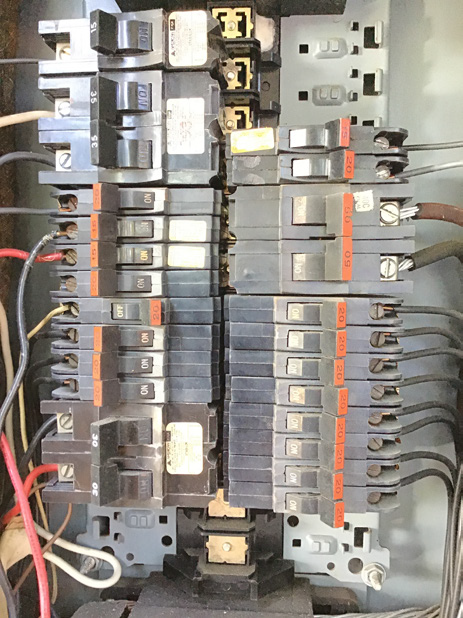 has stated that FPE obtained the Underwriters Laboratory seal of approval for its Stab-Lok breakers “through the use of deceptive and improper practices.”

It’s also worth noting that the CPSC issued a more recent statement in 2011 regarding their earlier investigation, stating that it was closed “without making a determination as to the safety of FPE circuit breakers or the accuracy of the manufacturer’s position on the matter.”

Is It Safe to Own an FPE Stab-Lok Panel?

The trouble with an FPE Stab-Lok panel is that it can function perfectly fine — until suddenly it doesn’t. It only takes one short circuit or overcurrent.

CPSC recommends getting this type of panel inspected by a qualified electrician “to look for any signs of overheating or malfunction among the circuit breakers.” However, after testing over 4,000 breakers, Aronstein states that you can only identify a defective Stab-Lok breaker by first removing it and then testing it. This process can be more expensive than installing a new, less risky Federal Pacific Electrical panel or any other brand. In many cases, it makes more sense to replace an FPE Stab-Lok panel. 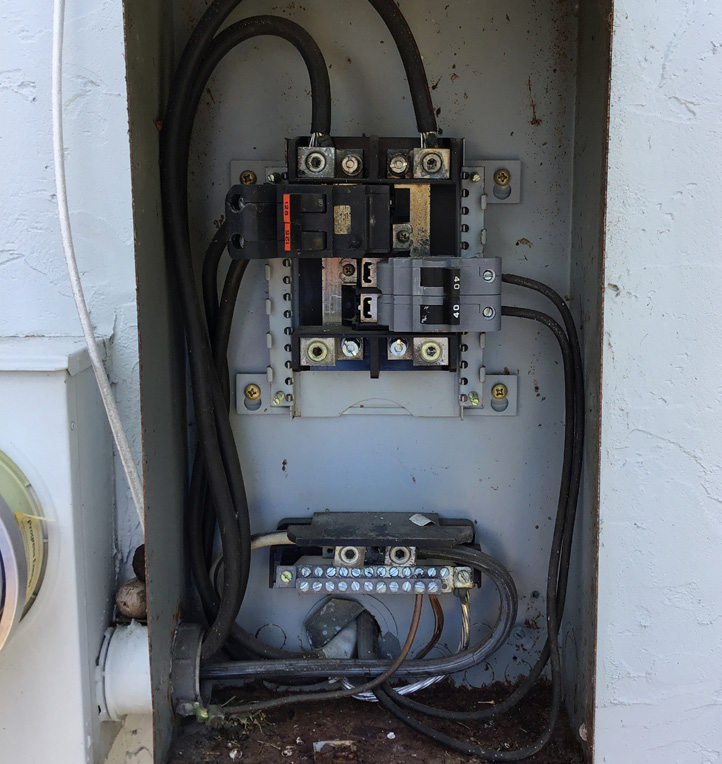 Millions of homes were built with FPE Stab-Lok panels between 1950 and 1990. If your home was constructed during this time frame, then it may contain one of these panels.

Usually, “Federal Pacific” or “FPE” will be written on the box’s front cover. Inside the box, look for a label that says, “Stab-Lok.” The breakers will have a red stripe cross each switch.

Unsure if your circuit breaker panel is safe for your home?

Learn more about when to replace a circuit breaker panel here, or contact All Electric Services 24/7: (407) 890-7782. We have the manpower, experience, and training necessary to assist you with the highest standards of safety, quality, integrity, and value.